After having been announced in spring 2019 and then postponed many times, the launch of the Huawei Mate X is finally taking off. Since October 23rd, pre-sales are underway for a marketing of Mate X on November 15th, 2019. But don’t rejoice too quickly. These dates are only valid for the Chinese market. At the international level, there is still uncertainty. Indeed, the possibility of a global launch is still under study because of the consequences between the trade war between China and the United States, which is depriving the Chinese smartphone manufacturer Huawei of Google services. For fans of the Chinese brand, there will always be the possibility of exporting, but with which operating system? At the price this foldable smartphone is sold at, it makes you think!

What is known about the commercialization of Mate X in China

The technical characteristics of the Mate X are in line with those that have been sold to us for several months and that you can find in our previous article dedicated to the Huawei folding smartphone, namely :

Mate X is announced at a price of 16,999 yuan, or about $2,400 or €2,170. It is therefore more expensive than its direct competitor the Galaxy Fold. Motorola is also moving into the niche with an announcement expected on November 13th regarding the commercialization of RazR. We’re waiting to know the selling price. Will Motorola align itself with the very high prices of its competitors or will it play the card of a more “affordable” price?

The future of the Huawei Mate X

While the Mate X is not yet on the shelves, Huawei is announcing a V2 for its folding smartphone for March 2020. Called Mate Xs, this model will not be equipped with the Kirin 980 processor, but with the Kirin 990, which will guarantee great performance.

But, for the time being, no further announcements have been made about this new foldable smartphone. Isn’t it hasty for Huawei to launch a V2 when the V1 is not yet on the market and its launch has been postponed many times? Does Huawei bet on easing tensions between China and the United States to release the Mate Xs directly in Europe and the United States? The bets remain open. 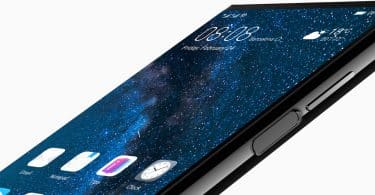 Initially announced for February 2019, Mate X could be launched in the coming weeksaccording to...