We all remember Motorola’s famous clamshell phone: the RazR. He had made the brand one of the leaders in the field of mobile phones before smartphones became the norm. Today, the Motorola-Lenovo group is relying on a revival of this iconic phone to enter the folding smartphone market. To do this, he managed the feat of keeping the secret around his project. Of course, there were some leaks. But the supposed technical characteristics of this future model are still only rumours. Well, maybe not for long. Indeed, Motorola-Lenovo has sent invitations to some journalists for an event to be held on 13 November 2019 in Los Angeles. However, the gif that accompanies the invitation leaves no doubt that the RazR will be at the centre of this event. Add to that the promise of the “revealing of a reinvented icon“, and that’s all it takes to arouse the enthusiasm of RazR’s nostalgic fans.

To finish convincing you, here is the gif that accompanies the invitation. Still doubting that Motorola will finally unveil the new RazR? We don’t, no.

Samsung and Huawei opted for horizontal folding. However, the bending direction differs:

Motorola has opted for a vertical folding direction by reproducing the flap closure of the legendary RazR. So we end up with a smartphone with a flap that closes with a foldable screen. The presentation gif shows the hinge which will rest the mechanism.

By making this choice, Motorola is capitalizing on the nostalgia that former clamshell phone enthusiasts can have. But it also differs from the current trend of larger and larger screens. Motorola has chosen a small footprint with a phone that can fit in the pocket of a pair of pants.

Under the hood of the RazR

Today, we think we know the design of the Motorola RazR because commercial visuals leaked last spring. 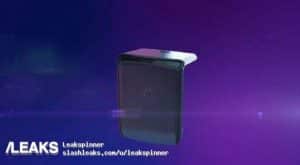 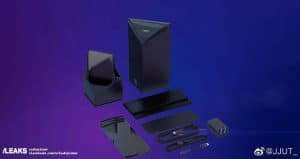 It is the technical characteristics of the RazR that are the subject of many rumours and speculations. According to Cnet magazine, it seems that we should expect:

Technical characteristics below those offered by the Galaxy Fold or Mate X. But they allow Motorola to offer a much lower price than its competitors. While Samsung and Huawei’s folding smartphones exceed $2,000, Motorola would consider marketing the RazR at “only” $1,500.